Mount Kelly is a fully co-educational school for children aged between 3 and 18 and offer day, weekly and full boarding 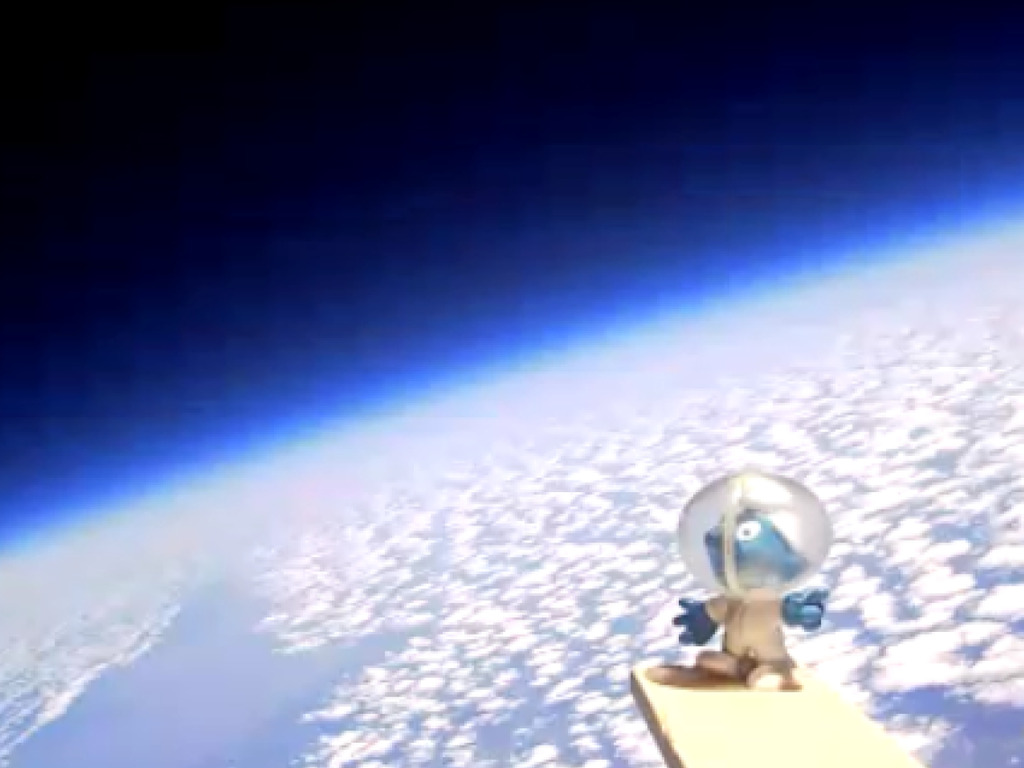 To celebrate 50 years of the moon landings a group of 13 pupils formed Mount Kelly's Space Corps. The team consisted of engineers, communications managers, meteorologists and modellers. The mission was set up to launch a helium weather balloon and capsule into the stratosphere.

Under approval from the Civil Aviation Authority, the high altitude balloon was successfully launched on 3rd July from the Prep in front of pupils, parents and staff. The balloon reached an approximate 30km ascent and expanded from 1.5m to 8m in diameter, included was a GPS tracking device for retrieval. A toy Smurf 'Astro-Smurf' and a Lego astronaut were the passengers on this voyage! The on-board camera captured an image of the Earth's curvature!

We are delighted to announce that Mr. Guy Ayling has been appointed as Head Master of Mount Kelly from April 2019.

The Governors of Mount Kelly are delighted to announce that, from a very strong field of candidates, Mr. Guy Ayling has been appointed as Head Master and Principal of the Foundation. Mr. Ayling succeeds Mr. Mark Semmence who, after a highly successful tenure, leaves Mount Kelly in April to take up the post of Headmaster at Repton School.

Guy joins Mount Kelly from Llandovery College in Wales where he is currently Warden (Head Master), a post he has held for six years. Llandovery College, set in the heart of the Welsh countryside, is a 4-18, co-educational independent day and boarding school. As Warden, Guy’s innovative approach to curriculum development has improved retention enormously at Llandovery, and this, coupled with a renewed focus on a wider market, has secured the long-term future of the School and is testament to Guy’s own strong vision about the future of modern, independent education.

Before taking up the leadership of Llandovery College Guy spent fifteen years at Sedbergh School where he was Housemaster for ten years and Senior Master (Senior Deputy Head) for two. Guy brings with him a wealth of experience in both teaching and boarding and has a proven track record as an experienced and successful leader. Guy has also served on the Governing Body of several prep schools and is currently a committee member of the Society of Heads.

Guy was educated at Bilton Grange and Rugby School, where he was a Music Scholar and Head of School, and at the University St Andrews (MA) where he studied Medieval History. Guy is a keen sportsman having played 1st XV rugby and 1st XI hockey at Rugby School and went on to captain the St Andrew’s 1st XV and play Scottish Universities Rugby Football.

Dr Kevin Wilson, Chairman of the Board of Governors, commented: ‘Guy’s experience at Llandovery, the successful realignment of the Prep and the College and his innovative and determined approach to building the School both through commercial innovation and an absolute commitment to academic excellence resonate with the successful pathway we have forged at Mount Kelly. We believe that we have found an inspirational and experienced leader who will make a significant long-term contribution to the continued and future success of the Foundation.’

Upon acceptance of the role Guy said: ‘I am hugely honoured and proud to be appointed as the next Head Master of Mount Kelly. My family and I have been deeply impressed by the School’s warmth, energy and sense of purpose. It is an extremely exciting time in Mount Kelly’s history; my focus will be on consolidating the considerable growth and extraordinary achievements of recent years, ensuring the school retains its preeminent position in the South West and as a centre of excellence, innovation and creativity within the independent sector of the UK and beyond.’

Guy will take up the position at Mount Kelly in April 2019 together with his wife, Heather and their three sons.

Since 2014, Mount Kelly has been transformed. Pupil numbers have increased significantly and there has been considerable investment in the infrastructure of the Prep and the College including the construction of the 50m Olympic Swimming Pool completed in 2016 and a bridge across the River Tavy linking the College and Prep. Mount Kelly has also embarked on a programme of international expansion, the first Mount Kelly International School opened last year in Hong Kong and there are plans, at an advanced stage, to open other campuses across the Far East.

Mount Kelly, founded in 1877, for the sons of naval officers today is a co-educational, day and boarding school with nearly 600 pupils from the age of 3 to 18. Shortlisted for the TES Boarding School of the Year Award 2018 and voted one of top ten best value for money boarding schools by the Daily Telegraph, Mount Kelly is set on the edge of Dartmoor National Park, and combines academic excellence, an outstanding range of opportunities beyond the classroom and exceptional pastoral care.

We have high expectations and this encourages our pupils to believe in themselves, to be inquisitive, to be resilient and to show ambition both in and out of the classroom. Our pupils feel happy and valued, which gives them the confidence, social awareness and enthusiasm for life-long learning needed to succeed in a fast-changing world.

Mount Kelly is well known for its world class coaching facility for swimming, including an onsite 8 lane 50 metre pool, and offers an elite training programme which is fully integrated within the academic life of the School. Alumni of the swim programme have won a total of 29 Olympic and Commonwealth medals over the last 30 years and include Sharron Davies, Andy Jamieson, Lauren Steadman and Mark Foster.

Following a global search Mount Kelly is delighted to announce the appointment of Emma Collings-Barnes as the new Director of Swimming.

Emma Collings-Barnes has been appointed the new Director of Swimming at Mount Kelly.

Emma, who has medalled at international level, started her coaching career in 2002.  Beginning at Loughborough, Emma went on to coach at Millfield School and in 2010 was appointed Head Coach at Rushmoor Royals Swimming Club. Emma joined the coaching team at Mount Kelly in 2012, and is currently the Assistant Director of Swimming.

Mark Semmence, Head Master and Principal of the Foundation, comments, “Emma was the stand-out candidate from a very strong field of applicants from all over the world. The fact that Emma is one of only three swimming coaches to be selected for the prestigious ‘UK Women into High Performance Coaching Programme' is a great endorsement of her coaching ability. The swim programme at Mount Kelly is stronger than it has ever been, with our swimmers enjoying unprecedented success.  These are exciting times for Mount Kelly swimming, and I am delighted to have Emma at the helm.”

Emma adds, “It is a huge honour and privilege to be appointed Director of Swimming at Mount Kelly. I look forward to shaping the programme for 2018 and beyond with the assistance of the coaching and support team. Mount Kelly provides an unparalleled environment for our swimmers allowing them to excel as athletes in the pool whilst achieving their academic potential in the classroom.”